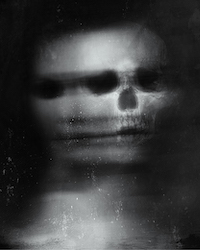 A lawyer obsessed with a curse that he believes has been cast over him and his family by the spectre of a Woman in Black, engages a sceptical young actor to help him tell his terrifying story and exorcise the fear that grips his soul.

This is a general admission performance - the seats are on a first come, first serve basis when you arrive at the theatre.

Doors open 1/2 hour prior to start of performance.